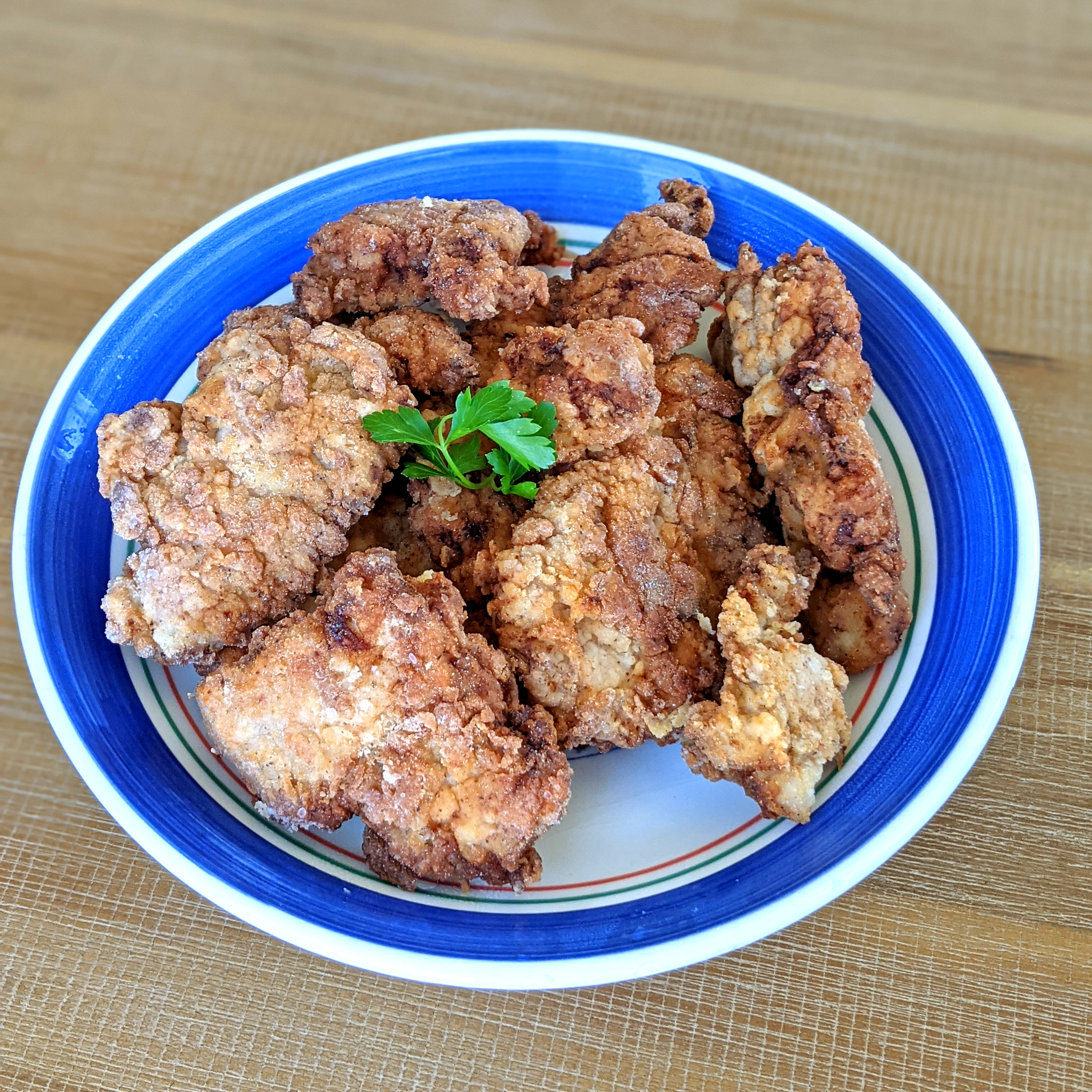 Crispy fried chicken that is brined overnight with spicy, acidic kimchi and fried in a gluten-free coating. Pairs well with a delicious dipping sauce – recipe here!

Adapted from J. Kenji López-Alt’s Kimchi-Brined Fried Chicken Sandwich Recipe – which is truly genius. I made a few edits so that it could be gluten-free and nearly low-FODMAP so that I can enjoy it and share it with the community!

Brining chicken is the best way to inject delicious flavor into this versatile meat. When you brine a chicken overnight, you’re allowing the meat to absorb some of the water to make it juicier – so that water better have flavor, and that means salt.

You’ve probably heard of brining chicken or turkey in a simple salt brine, which is fantastic. However, Kenji López-Alt’s recipe takes it a step further by using kimchi juice. In addition to the delicious, irreplaceable, necessary salt (can you tell I love salt), the kimchi brine also brings an acidic sourness in tandem with the buttermilk. The other component that the kimchi brine brings is the SPICINESS of Korean red chili flakes, giving you Nashville-hot-chicken-vibes with a Korean twist.

I adapted this recipe by making my own low-FODMAP cucumber kimchi, and using that delicious juice to brine my chicken.

For those eating low-FODMAP, note that the recipe includes gochugaru, which hasn’t been lab tested for FODMAPs and is spicy, if that bothers you. I personally did not have any reaction to gochugaru even in large amounts, but I would definitely recommend waiting until after you are done with your elimination/re-challenge before trying this uncertain ingredient and seeing for yourself.

I used two different flours to make this a gluten-free fried chicken – King Arthur Gluten-Free All Purpose Flour (composed of rice four, tapioca starch, potato starch, brown rice flour, and some vitamins) and plain rice flour. You could substitute any all-purpose gluten-free flour blend (preferably not the cup-for-cup types though).

The gluten-free breading produced a very light, crispy crust that almost had a beer-batter type texture to it.

However, the breading is only half the battle when it comes to producing a crunchy crust that is not soggy and not heavy – the second part is the oil.

Choosing a Fry Oil for Shallow-Frying

When choosing an oil to fry chicken, you want something that has a fairly high smoke point and not too much flavor (goodbye olive oil).

I chose refined coconut oil which has a smoke point of about 400°F. It’s not the highest, but I was actually keeping the temp of the oil around 350°F-375°F for the whole fry. It’s a bit pricy, but what I love about using refined coconut oil is that it seems to leave less of an oily texture and taste behind on the crust (I’ve been converted ever since making The Perfect Loaf’s naturally leavened bomboloni in refined coconut oil).

The best part: after frying up all the chicken, my kitchen did not feel like the greasy alley behind a restaurant! What I dislike about frying in oil is how greasy everything gets afterwards; when you live in a small apartment, that smell just permeates. I found the refined coconut oil to burn really cleanly when maintained at the right temperature.

In a large bowl, mix together 1½ cup gluten-free all purpose flour, ½ cup rice flour, 8g baking powder, 7g black pepper, and 7g white pepper.
Then drizzle in about a half cup of marinade liquid into the dredge ingredients to create little chunks. Mix those up into the dredge - these will create delicious craggy, crunchy bits once fried.
Mark as complete
3.

Put a wire rack over paper towels - this is where you will cool fried chicken.
Mark as complete
4.

In a heavy bottomed pan or dutch oven, pour about a ½ inch of refined coconut oil.
Heat to about 350°F.
Mark as complete
5.

Dip marinated chicken into the dredge mixture, pressing every nook and cranny to ensure it's thoroughly covered.
Set aside for frying.
Mark as complete
6.

Once oil is at 350°F, start frying chicken. Take care not to crowd the pan; I did only 2-3 at a time. Takes approximately 3-5 minutes per side.
Occasionally check oil temperature. Also you made need to add oil between batches as levels fall, allowing the new oil to come up to temperature before adding more chicken. Once chicken is done, set on a wire rack to cool.
Mark as complete
7.

Enjoy this chicken on its own, or with a delicious dipping sauce! 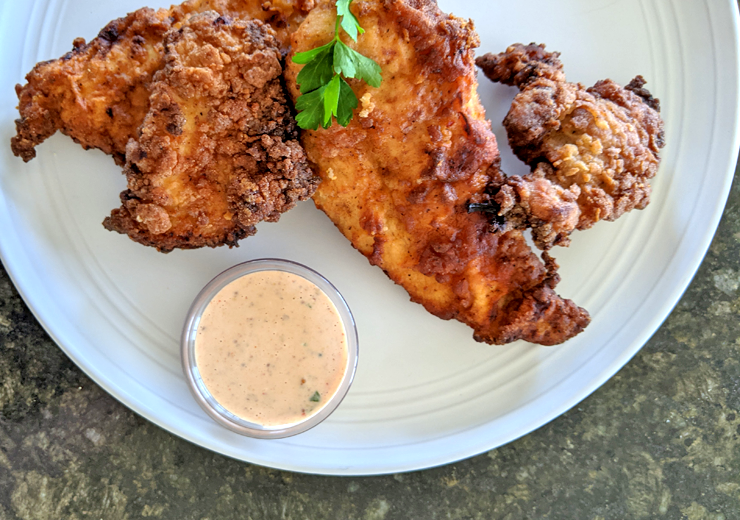 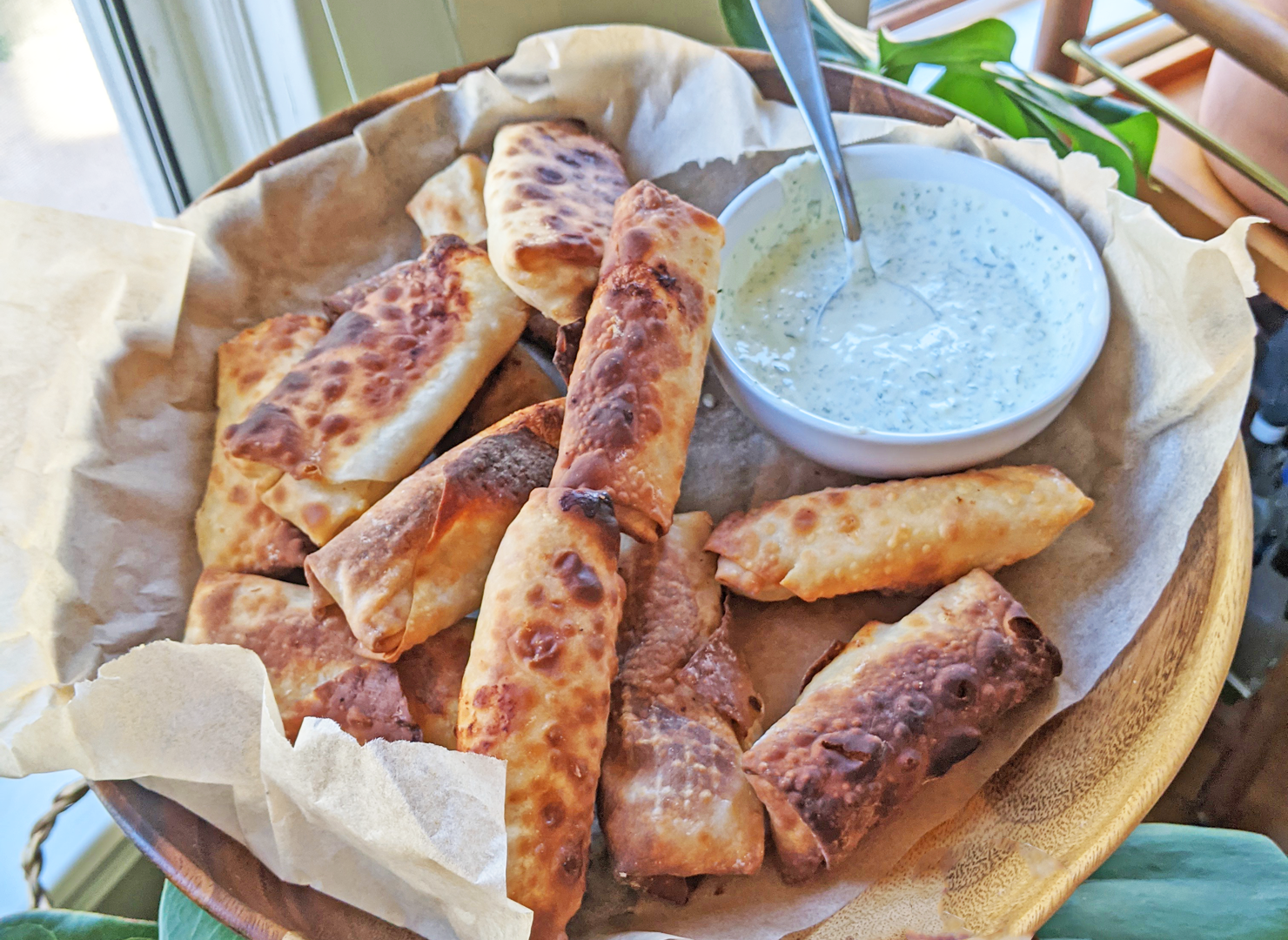 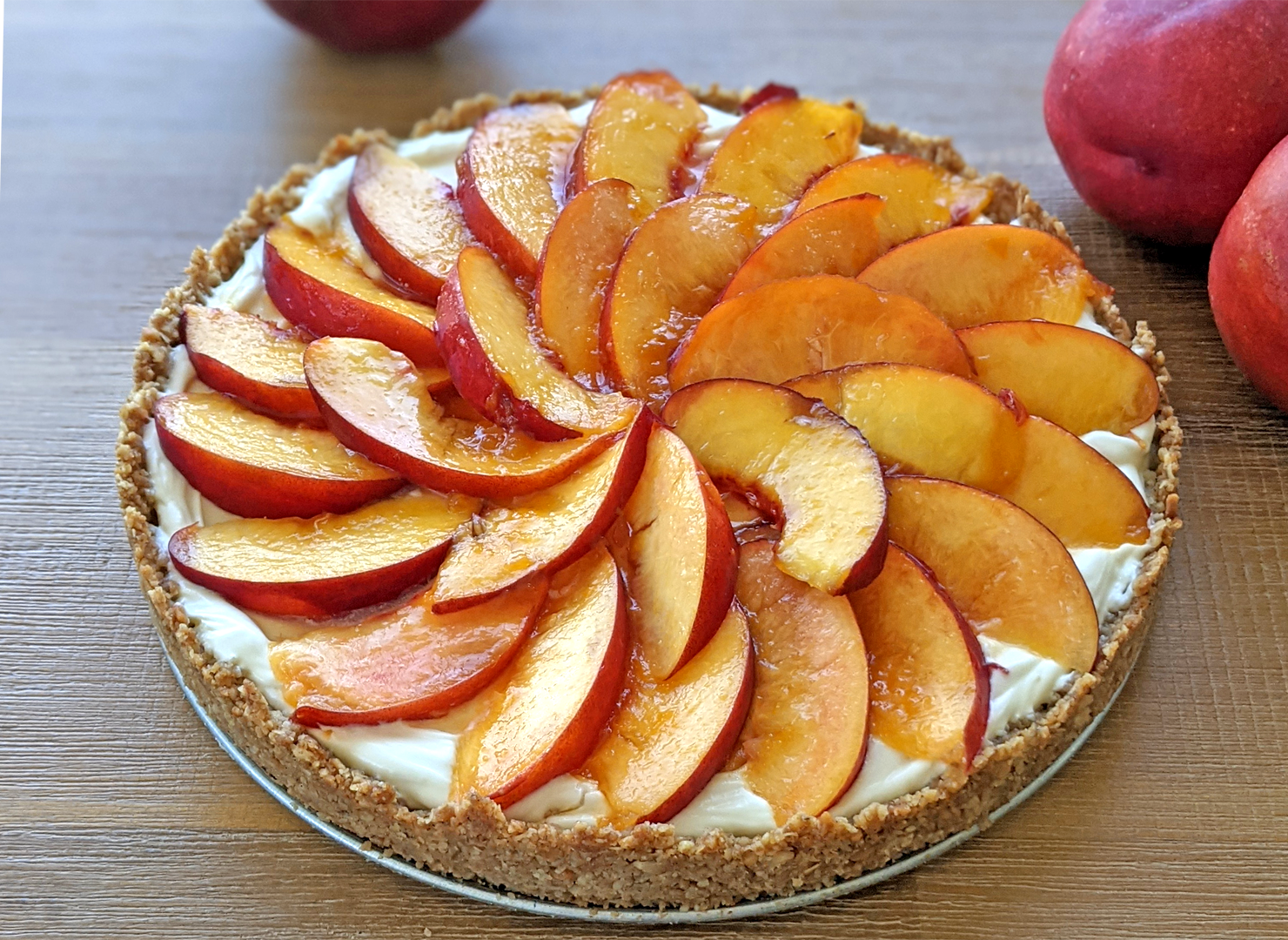 My first kimchi! Compared to other ferments I’ve

🤔When do you need a refreshing cocktail?⁠ ⁠

To all my fellow Bay Area amateur cooks, I urge yo

If you want to enjoy the pure flavor of tomato in

When you go glamping, you have to have some ✨gla

Have you ever dreamed of catching a fish...and eat

Have you ever heard the term “catch and cook?”

If you love corn cheese, you’ll love these air f